Once again I stare up at the ceiling, devoured by moving shadows. These demons that ever so lurk silently, but there, right before my eyes. Once again, I stir alongside the awakening of these spirits.

They consume me like Midsommar’s fire, silently incinerating my body. But they cannot reach my heart, for it is safe within the grasp of a familiar man; he who lies invisible beside me in my bed. He whose ghostly arms envelop me like a blanket of snow, protecting me always.

Breathing into me, I rest: once again, forevermore. 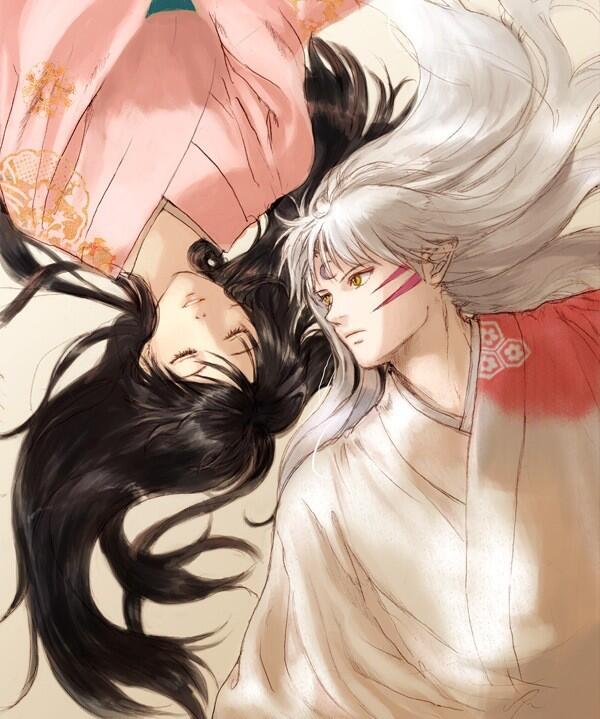 Today I am inspired by one of my favorite animes, Inuyasha. The girl with the black hair is named Rin, and the silver haired demon next to her is Sesshomaru. Something about this picture represents a warm innocence and lighting that I really really like, and the nostalgia hits me hard since Inuyasha was a show I watched when I was young, and all throughout my middle and high school years. Rin was my favorite character, a young human girl who knows monsters from humans – and it isn’t particularly in the looks. The nature of monsters and humans is a theme long explored since Mary Shelley’s Frankenstein. None other than Rin understands this best as she grew up living in a world of monsters – in fact, these “humans” who abused her, left her to die. It was the salvation of Sesshomaru’s Tenseiga who revived her, a truly fearsome demon with one of the best character development of all anime. The notion that sometimes, humans are the true demons in this world.

On a side note, I’ve been super emotional listening to Kikyo’s Death OSTs. Another amazing character who is deserving of all the praise for her strength and tragedy. The death scene always, always makes me cry – Kaede’s tears, Inuyasha’s kiss, and Kikyo’s warmth as her soul ascends into the cosmos.

One day I will rewatch Inuyasha, at the very least Final Act series. What a fountain of sheer nostalgia. ❤

Your words give me the light. END_OF_DOCUMENT_TOKEN_TO_BE_REPLACED